I have a tattoo of kraftwerks early album cover Ralf&Florian circuit. My tattoo artist wasn't impressed with the detail though hehe
My brother has the Depeche Mode Music for the masses speaker.
Top

nice one, jessejames! yours?
Top 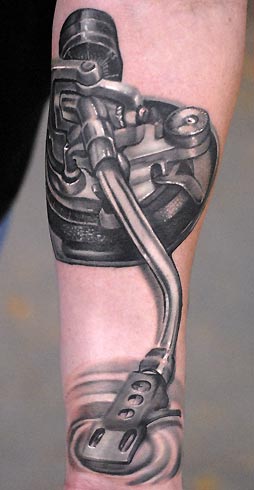 My little brother is into hardcore and is cove,red from his neck down to his knees, he's actually now getting lazer on his leg and later on his back as they were his first tarts and basically suck.

The pain from the lazer is 10 times worse than any tatt he's had done. So make sure you choose wisely.

He has an amazing portrait of my Mum (RIP) on one side of his ribs and my Dad on the other from their wedding day.

He's dedicated man! I think he's spent most of his play money on his tatts and says when he dies we should skin him and encase it in glass. He's friggin crazy.
Top

Not mine. Just remembered seeing something like this before. I personally wouldn't ever get ink like this!
..!!..
Top

Seems to be a popular one...that tonearm bit. 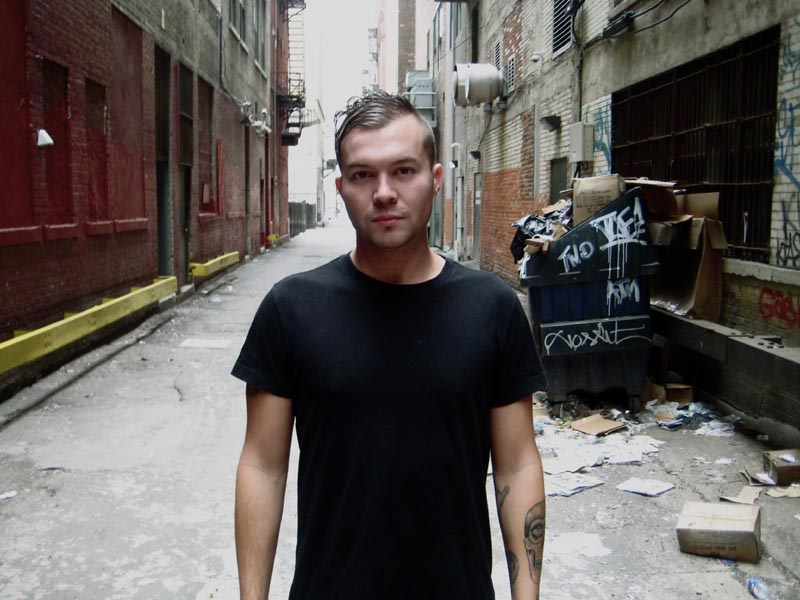